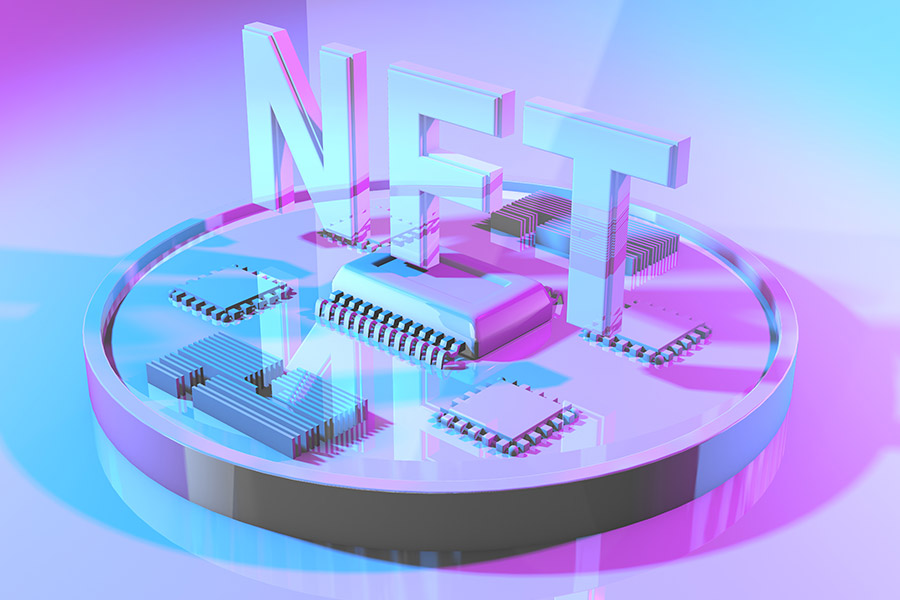 According to the ACNC's latest Charity Report, Australia’s not-for-profit sector is currently made up of over 56,000 registered charities. Between them they share around $155 billion in annual revenue and employ roughly 1.3 million Australian's.

The aim of showcasing these numbers is to highlight the sheer scale of the country’s growing NFP sector and outline why due to these figures, and their social impact, it is critical to identify alternate fundraising streams for these organisations.

NFP’s are constantly looking for new ways to fundraise in what is a highly competitive space, effectively engaging their audience while also seeking donations from people who want change in their communities or causes they support.

This is why many of them are looking at the recent proliferation of Non Fungible Tokens (NFT’s) and their use for charitable causes as a potential new revenue stream to support their operations and causes.

What actually is a Non Fungible Token?

A Non Fungible Token, commonly known as an NFT, allow you to buy and sell ownership of unique digital items and keep track of who owns them using the blockchain. These can be items such as art, music, event tickets, in-game items and videos.

They are bought and sold online, often using physical money or cryptocurrency which are "fungible". Meaning they can be traded or exchanged for one another. They’re also equal in value—one dollar is always worth another dollar; one Bitcoin is always equal to another Bitcoin. Crypto’s fungibility makes it a trusted means of conducting transactions on the blockchain.

NFTs are different. Each has a digital signature that makes it impossible for NFTs to be exchanged for or equal to one another (hence, non-fungible). They can be used to reward someone for their donation, or they could act as a form of currency within the organization itself. For example, a non-profit could use a bidding system to sell donated goods.

Although they’ve been around since 2014, NFTs are gaining notoriety now because they are becoming an increasingly popular way to buy and sell digital artwork. This adoption by artists and charities alike has been so rapid because NFTs can include a feature that will pay it's creator every time the NFT changes hands.

To give you an idea of the value NFTs are creating, it was reported by The Guardian that a staggering $22 billion was spent on NFTs in 2021 alone.

The value of an NFT can fluctuate based on the demand for it and its rarity because there will only ever be a set number of them.

In the future, it's entirely possible that NFTs may become the standard for non-profits as they're able to keep themselves from being vulnerable to external price fluctuations.

How NFT’s are being used to make a social impact ‍

The NFP sector is increasingly making its way into NFTs and is proving the technology has the capacity for raising money for charitable causes.

What makes NFTs suitable for charity?

Well, according to a report by the World Bank, people are more likely to donate to charity if they feel they will receive something in return. This explains why many fundraising efforts employ the use of auctions and events to raise money more effectively.

In the case of NFTs, this effect is likely compounded by the social status that owning an NFT from a charity auction can provide; users can prove they have been charitable, which makes them more likely to do so.

In addition, blockchain technology allows the funds donated to charities to be tracked, ensuring there is greater trust and accountability for charities that can demonstrate their funds have been effectively used – making blockchain potentially a game-changer for the charity sector.

They also allow for artists to display art on the blockchain and use a portion of their profits to donate to charity. Art with a social impact is an emerging trend, as many projects such as NFTs have already donated hundreds of thousands, even millions, of dollars worth of cryptocurrency towards nonprofit organizations.

In September, Art Blocks, a platform focused on the curation of programmable generative artworks on the Ethereum blockchain, managed to raise a sizeable $23.5 million for charity.

Reportedly, NFT artists on Art Blocks are willing to donate somewhere between 10% to 25% of their earnings. Coinciding with the NFT boom of late, a total of 25 projects launched NFTs on Art Blocks in August, with one project,  Geometry Runners, donating over $3.4 million alone.

A recent example is how charities are raising funds via NFT auctions - raising tens of thousands in a day via donations from non-fungible tokens.

How NFTs can support charities

NFTs can be bought, sold, or given as gifts and celebrities are auctioning off their pieces raising millions of dollars.

Over the next few years the NFT DApp ecosystem is expected to grow rapidly with more fundraising possibilities becoming available through crypto-based systems that support them.

NFTs can be used in a variety of ways, including fundraising for causes and non-profit organizations; raising funds by auctioning off NFTs owned by celebrities or other famous people; raising awareness on environmental issues through an art project with the goal of selling the associated tokens to raise money.

NFTs allow for unique donor experiences and provide powerful marketing tools to nonprofits. The Crypto Donations platform, created by Cryptograph, helps nonprofits raise funds through crypto donations. This year, they have seen a huge growth in adoption due to increased interest in cryptocurrencies.

Cryptograph is a non-profit organization that provides sports opportunities to children who may not be able to afford them otherwise. They use NFTs to create a unique experience for donors.

For some organisations, including Little Phil, NFT’s and the Blockchain technology that they represent are an incredible tool for building a fairer, more sustainable and transparent world.

This journey is only just starting and the potential for NFT’s to assist charities with their missions represent an incredible opportunity.

To explore opportunities in the NFT space with us as an alternative fundraising tool, please visit www.littlephil.org/xillion to learn more.