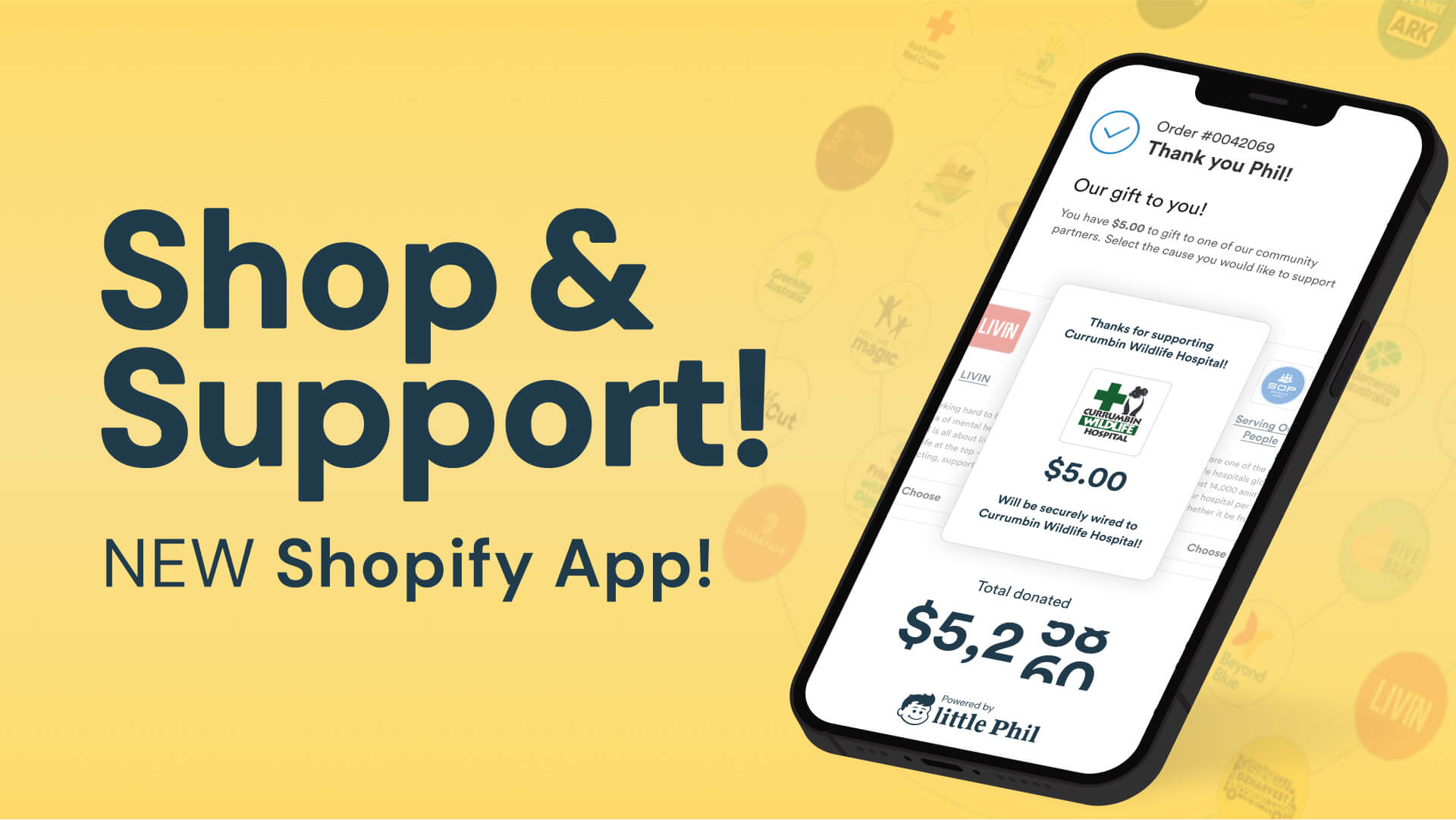 Queensland tech firm Little Phil today announced a groundbreaking integration with eCommerce giant Shopify as it seeks to help charities in Australia and around the world.

This will see Little Phil launch a new Shopify App called ‘Shop & Support’ that will empower any of the over 4 million online retailers in 175 countries, including ASX-listed companies like JB HiFi to allocate a small donation to charities that are the most important to them and their customers.

E-commerce retailers can install the integration in minutes, select one to three charities and have either a percentage or dollar amount per order allocated to the charities. The best part is the shopper can decide which of the three charities to support with their sale, and the retailer can update the charities at any time with a few taps.

All compliance and processing of the donations is handled by Little Phil, meaning retailers can focus on their business.

For Little Phil Co-founder and CEO, Josh Murchie this initiative is a vital component to assist the platform in achieving its goal of transforming the global charity sector.

“What we essentially do through the Little Phil platform is provide charities the ability to connect donors & new streams of fundraising with specific causes in a more efficient and transparent manner than currently done - you have full oversight of where your money goes, which isn’t often the case,” Mr Murchie said.

“What this Shopify partnership will enable us to do is reach an audience of millions globally in a manner that will significantly boost our ability to have an impact on charitable causes. It will also enable Shopify e-merchants to help drive online traffic by showcasing how their corporate social responsibility initiatives impact charities, allowing them to not only help causes they care about but also potentially improve their bottom line. “

Little Phil, which stands for Little Philanthropist, is a nonprofit and social enterprise micro philanthropy platform founded in 2017 to bring transparency to the charitable sector by enabling donors to track their donations from start to finish and prevent third-party fundraisers from taking a large share of the funds raised.

Its goal is to provide charities, small and large, the ability to uplift a billion people and causes around the globe by unlocking new and alternative streams of fundraising and reducing costs.

The Shopify integration reflects this mission by empowering businesses and their customers alike to select charities that reflect their interests.

What previously would have taken multiple meetings, presentations, legal sign off and more can all be done in seconds.

This enables businesses listed on Shopify to continually update the charities they are supporting enabling them to switch their fundraising efforts to causes like mental health, indigenous education, or cancer research.

Over the past 12 months alone it has partnered with organisations across Australia including Amaysim, Griffith University, LIVIN, Currumbin Wildlife Sanctuary and many more as it seeks to empower the not-for-profit sector by providing access to the most cutting-edge technologies.

“Little Phil is on the verge of a number of key partnerships with leading organisations to complement our existing array of partners,” said Mr Murchie.

“What is exciting about this partnership with Shopify is it enables us to scale our impact at an incredible speed as we seek to deliver our mission of creating a more transparent and impactful not-for-profit sector within Australia and around the world via our technology.”

Little Phil (short for little Philanthropist) was founded in October 2017 and believes that with the latest scalable technology and passionate people, we can make the world a better place.

It all started with a mission to develop a smartphone optimised giving platform designed for the next generation of givers. Little Phil has now evolved into creating a total giving ecosystem that connects donors, businesses, and brands more directly with charities and beneficiaries. This provides donors full transparency around where their donations go and charities the ability to showcase the difference every dollar makes in real-time.

Little Phil has won industry awards for innovation, represented Australian Fintech and Social Enterprise Startups at the largest technology conferences in the world, and is proudly supported by the Queensland governments Ignite Ideas Fund.